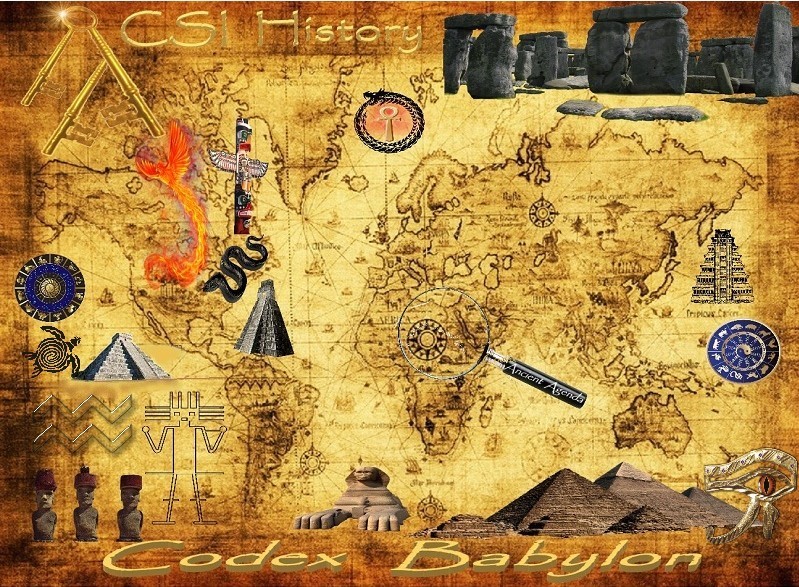 Many before have spoken of a prior advanced civilization such as Greek philosopher Plato, Ignatius L Donnelly, Edgar Cayce, etc.

Today it's a vast question still asked and researched by modern historians such as found in Graham Hancock's 'Fingerprints of the Gods', Carl Munck's 'The Matrix Code', 'Revelation of the Pyramids'  by Patrice Pooyard, to name a few.

Often the names of this advanced society are referred to as Atlantis, Lemuria or Mu. Some have called it Pangea, Turtle Island, or believe it to be a version of the mythological kingdon known as Shambhala.

Academian's and Archaeologists alike scoff at the mention of these names.

However often introduced in history is biblical scripture, so if we are to discount these names and accept what historians accept, we are only left with scriptures details of an advanced civilization known as Babylon.

Within the Tower of Babel mythology, we are explained Gaia once consisted of a 'One World Language'.

We see this from the wondrous examples conduced by megaliths created at all cardinal points of Earth which defiantly construe the movement of the sky, sun and heavens.

The Tower of Babel mythology also explains the industrious civilization was as advanced as the 'gods'; able to build towers to the Heavens; that they were so advanced they could create miracles as only the gods could achieve.

Through the study of Sacred Geometry, we are able to understand this once forgotten one-world tongue.

History comes in many forms and not just monuments, so to find the truth we must examine all facets of history, which includes mythology, oral traditions and biblical scriptures.

For the sake of serenity and for the brotherhood of humanity, this research does so without religious intent, but purely with an open and objective mind to uncover the secrets to our lost and misplaced past origins.

Documented as only modern technology has provided, sifting through the countless documentations of our past and modern historians, done so and recreated in a CSI history facilitation, this information is recorded in a manual type style dictated and arraigned through modern electronic technology offered here as an E-Manual for the Ages. 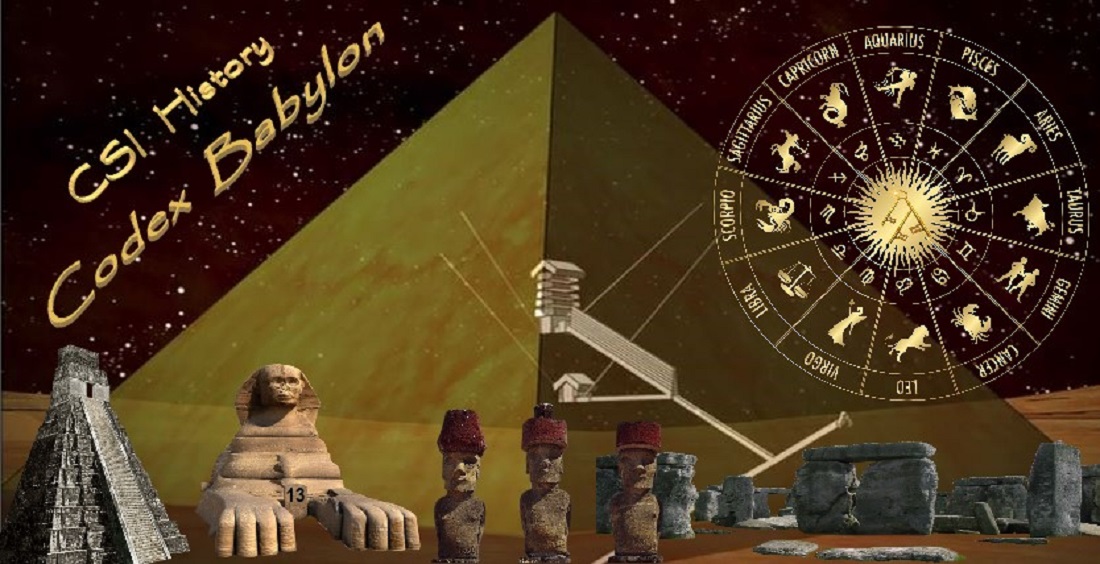 [EpidosE 2] Re-Henging the Babel On Language

[EpidosE 7] Sacsayhuaman's Eve of Babel On

[EpidosE 8] Sillustani: a Babel On Serenade 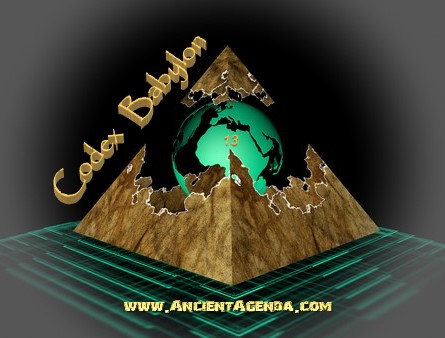 [EpidosE 20] Laos Language of Babel On

[EpidosE 22] Petra where Time Babel's On

No true name has been found for this missing civilization formerly accompanied by mythical titles such as Atlantis, Mu, Lemuria, Turtle Island or even Pangea - places rumored hidden backwards in the existence of mankind's mysterious past known only as a prior civilization of advanced technology, now vanquished to the secrets of time.

Uniquely the Babel mythology explains their technology could not save them from what they had learned through their applications of math, geometry and astronomy: the eventual cyclic demise and rebirth of the alpha-omega ordinance to our Universe.

Before the imminent cataclysm erupted, the united decision was made to construct a message across our planet, which Father Time could withstand and Mother Earth could uphold: a message of hope to those few survivors.

"..let us build us a city and a tower, lest we be scattered abroad

upon the face of the whole Earth."

A message of knowledge, technology and profound wisdom left to a future unknown offspring from a parent civilization of not remembered surnames..certainly a message of love to a future humanity to realize and establish their true identity and existence.

A language written in math, geometry and the Stars.

The language all civilizations understand and use to become advanced.

This is our heritage, left by OUR ancestors, allowing a view to this unique book of antiquity written upon Mother Earth's precious face.

Pages to our lost history documented through modern technology revealing that which has been, is now: that which is to be - has already been, and that Time requires that which is past; for man fears time, but time fears the Pyramid's.

Welcome to Codex Babylon: E-Manual for a New Age 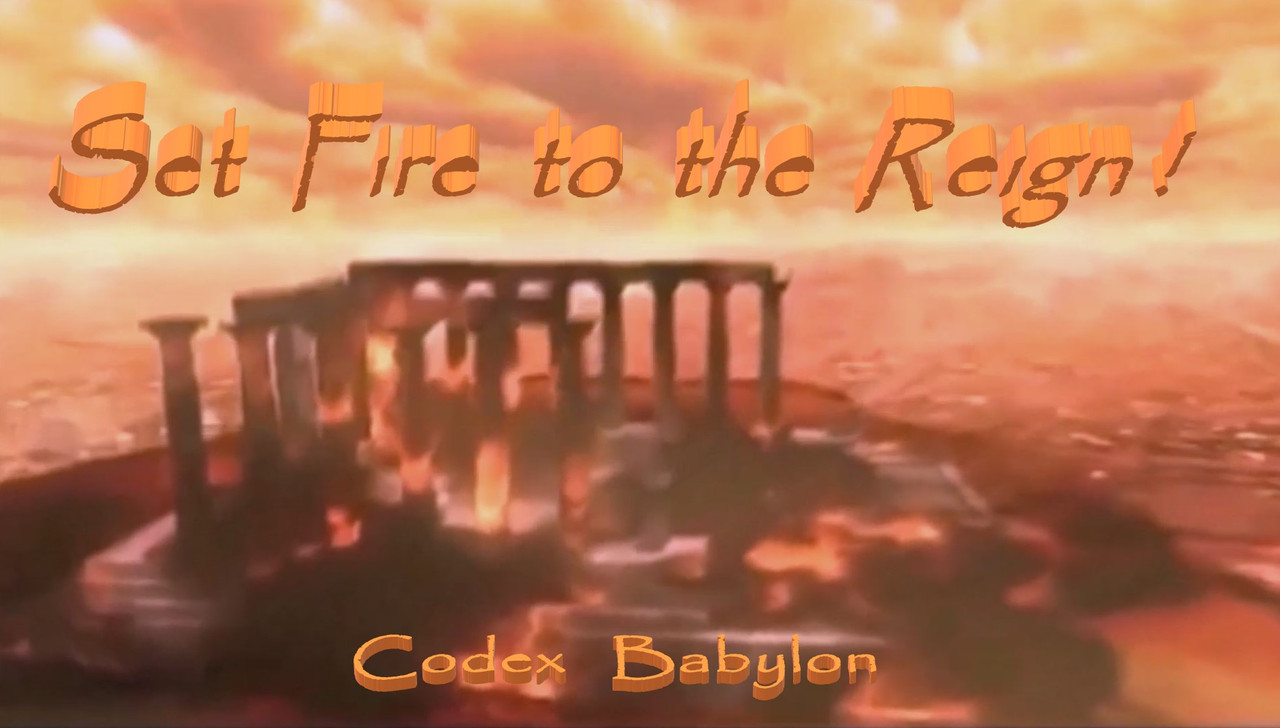