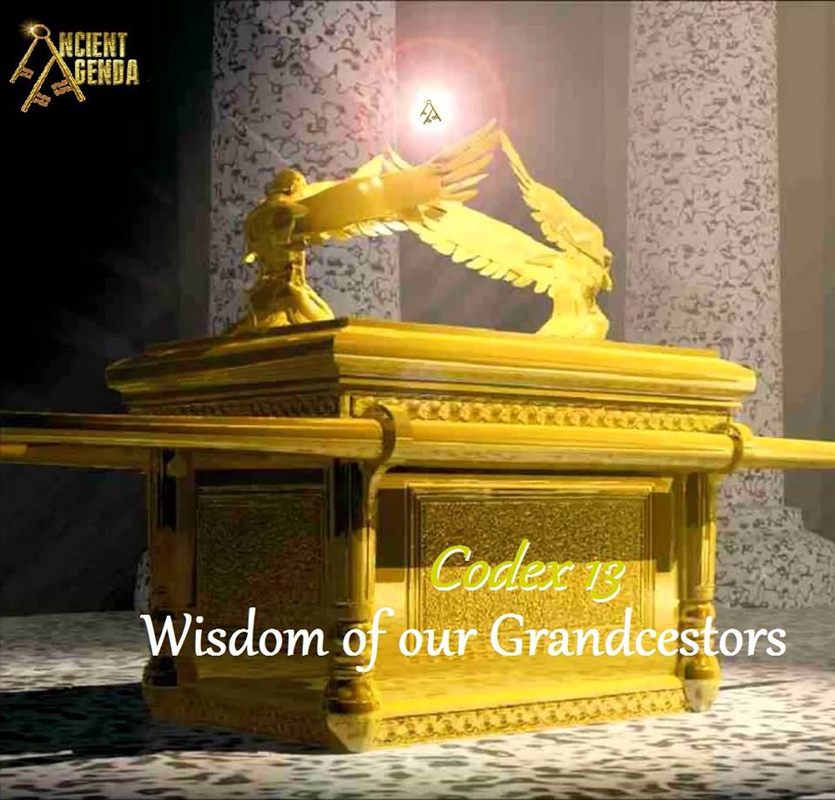 Ethiopia's Aksum's 'Rising Sun' obelisk's revel in writing from yester-year incorporating squared and round knobs which are found upon other archaic monuments strewn across our planet.

They hold the distinction of being labeled as the heaviest granite obelisk's to be removed from an ancient world quarry. The tallest obelisk weighing over 500 tons is said to be just over 30 metres tall. The intricate designs cut into the granite obelisk's inspire the design of the Lalibela churches.

The historic rock city Lalibela is said to be built in the 12th and 13th century holds intriguing mythology explaining the temple-churches were built at night by magical angels while humans in the day cleaned away the debris. In truth could these in-ground temples be no different than Gobekli Tepe where the elements of time or human nature consciously buried these monuments only to be found and claimed at a later date?

The Ethiopian Aksum obelisk resides 184 degrees south of Lalibela at a distance of 454 kilometres monument to monument from the Aksum obelisk to Lalibela's church of saint George. 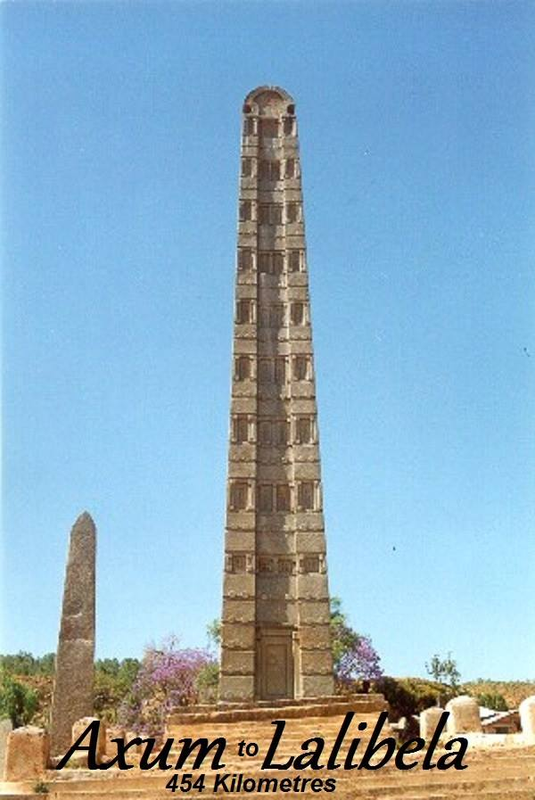 Calculated in the research of Codex 13 both sets of numbers 1+8+4 and 4+5+4 in mathematical addition equal the sum of th1rt3en.

Known for it's magnificent eleven churches which are rumored to be connected underground with tunnel passageways, Lalibela actually holds a total of 13 created in three sanctuary's spread out over a distance of an estimated one kilometre.

The sanctified 13 temples of the holy with their sacred geometry created cut and recessed into the hewn rock are designed addressing the heavens conjuring the statement "as above ~ so below."

"Lalibela, Ethiopia, is a UNESCO World Heritage Site that consists of 13 rock-hewn churches in three church groupings. Lalibela was built as a symbolic representation of Jerusalem by King Lalibela in the 12th Century. The churches are now threatened by aging, weathering, and man-made phenomena. Lalibela is still in active use today and remains one of the most important Ethiopian pilgrimage sites.

During field campaigns in 2005, 2006 and 2008 over 1200 scans were captured of Lalibela using a variety of laser scanners. These scans not only captured the 13 churches but also the trenches surrounding the church groups, much of the terrain in between the groups and the underground tunnels that connect the churches together.

Beta Giorgis, considered the most famous of the churches of Lalibela, is carved out of limestone rock and is the most recently built church – it dates to the 12th or 13th century. It sits inside a deep trench and can only be accessed by a tunnel that leads down into the trench. Caves and chambers in the walls that surround the church contain the remains of pilgrims.

Beta Emanuel, in the Eastern group of churches, is accessible by a 35m underground dark tunnel. It is double story with a spiral staircase leading to the upper floor. It is admired for its very intricate ornamentation on its outer facades." 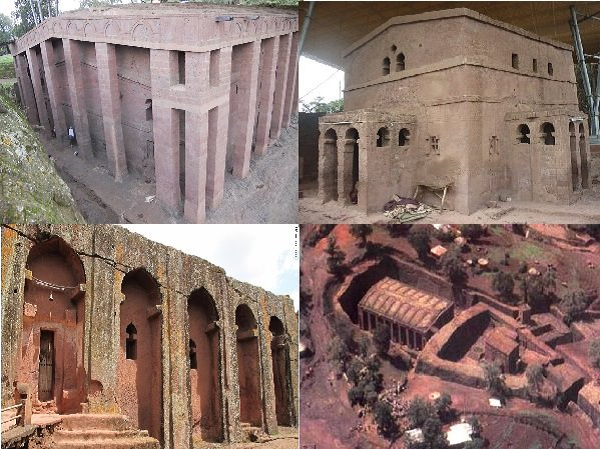 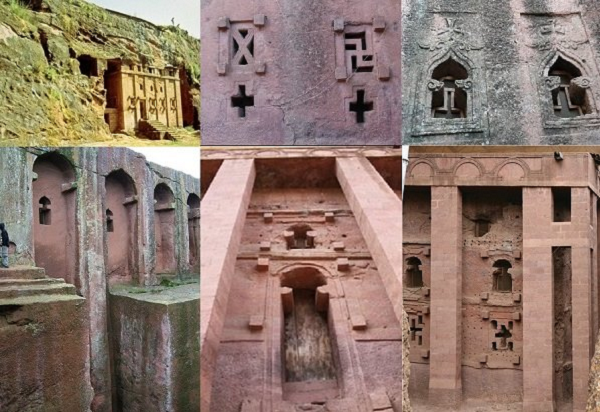 Lalibela's mystique includes the 'ark of the covenant' scripture history. The Ark said to be made of acacia wood, rumored to have once resided in the sarcophagus of the Great Pyramid's 'King's Chamber' is a sacred chest with measurements of approximation given in scripture's Book of Exodus. 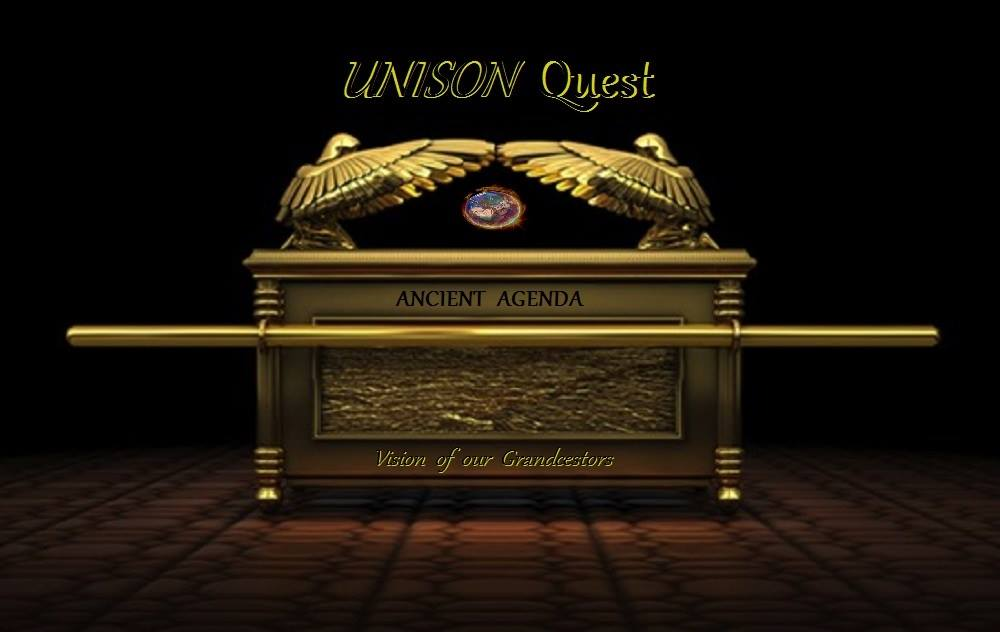 The most revered church in Lalibela is known as Beta Emanuel, meaning 'first one', or simply - 'the first'.

This is Lalibela's 'first' liberation lamentation.

Using Google Earth's map measuring tool the distance is 8,192.27 miles from Lalibela to Chankillo or 13,184.18 kilometres.

The historic holy houses of Lalibela hold a mystic place of pioneering interest leading to where the mythical Arc of the Covenant is claimed to have possibly be hidden.

The layout to Lalibela's buildings reveal sacred geometry detailing ancient symbols with certain symbology recognized across the globe in various civilizations as far back as records keep.

The specific rising-sun window design is also replicated by the 'railing' feature appearing of the exact size as if cut from the windows and re-used for guard rail features. https://en.wikipedia.org/wiki/Lalibela 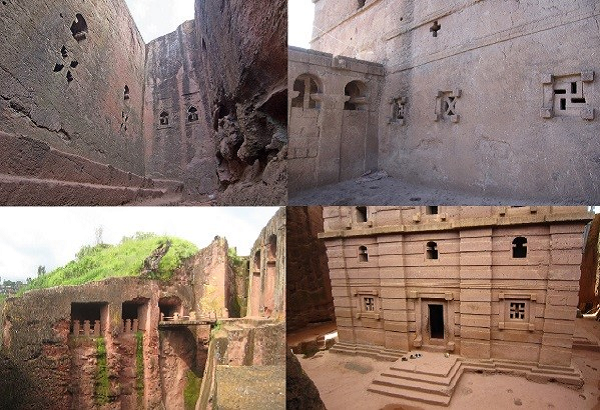 The applied use of sacred architecture details the blueprinted wisdom of our Grandcestors dedicated knowledge to astronomy implying a different arc of the covenant feature.

On a flat map the two locations don't sit opposite of each other..but in truth due to our planets angular tilt, this lowers Lalibela down and raises Chankillo up making them exactly opposite combined at a specific point within the tilt oscillation of our planets rotation.

This is Lalibela's liberating intent of Earth's prestigious geometric

'Covenant of the Arc'.

The Cushitic language of Old Agaw, no longer spoken in Ethiopia, “Lalibela“ means “the bees recognise his sovereignty“ However the city of Lalibela was first known as Roha, and the meaning of the name Roha translates to - "Soul, Life." 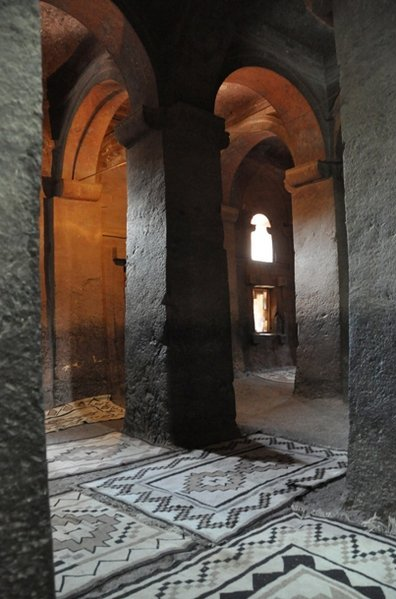 Those whom created this megalithic Codex 13 message arced across oceans of time doing so in order that within our lifetime of returning to the one world language of the technical age; history records the silent voices of our Grandcestors encased in stone to be heard within our very souls.

"For there is nothing hid, which shall not be manifested; neither was any thing kept secret, but that it should come abroad. If any man have ears to hear, let him hear."